Espiritus Productions loves compelling stories with incredible characters. Its at the core of everything we produce. We began as a little production company with big dreams by wife and husband team Michelle and Bill Katz. Since then we’ve produced several series and numerous development projects for networks including Discovery, History, Nat Geo, ID, Sundance, Travel, Animal Planet and WGN America. We believe our success is due to the quality of people we work with including exceptionally talented DP’s, directors, writers and editors. Our goals are to continue to entertain, educate and stand out in a crowd. 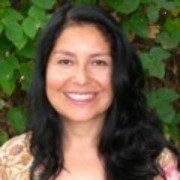 Michelle has produced a wide variety of non-fiction for more than 25 years. After graduating from U.C.L.A. Film School and working on ultra-low budget features with stars like Lou Ferrigno, she transitioned into television, producing investigative segments for KCBS in Los Angeles. She then moved into documentaries, making films on a wide range of subjects in the areas of science, true crime, social issues and natural history. She oversees the development arm of Espiritus, having developed the highly acclaimed Tabloid for Investigation Discovery, Wrestling With Death for WGN and numerous other series on topics including crime, science, engineering, popular culture and history. Her work has garnered international recognition and an Emmy nomination.
Co-Founder and Executive Producer

Bill has personally made and overseen more than 500 films on diverse subject matter including history, religion, science, medicine, popular culture and contemporary events. As an executive he’s overseen every facet of production from development to delivery, managed teams of more than 50 and budgets of more than $10 million. He’s shot and overseen international productions in more than 30 countries. His work has been honored with numerous domestic and international awards including an Emmy, the New York and Chicago Film Festivals, a Gabriel, a GLAAD award and numerous Tellys. He attended Oberlin College and graduated with honors from the masters program at Northwestern University’s Medill School of Journalism.
Head of Cinematography 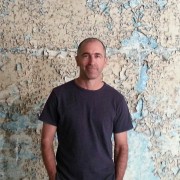 Yoram started his cinematic education in the top photography school in Jerusalem, Israel, where he graduated with honors. He then continued to study at the prestigious masters program in cinematography at the American Film Institute. His Thesis film earned him the best cinematography award at the Charleston film festival and the Kodak product grant award for outstanding cinematography. Yoram has overseen hundreds of projects working in all genres and with actors such as Roy Scheider, Reese Witherspoon, Bridget Fonda, Ron Perlman, Christina Ricci and many others. His work has been shown in film festivals around the world, from Park City, Utah, to Ireland to Israel. His TV work ranges from dramatic, documentary and reality shows that air on all major networks.
Lead Editor 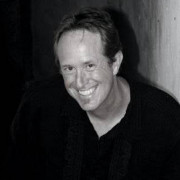 Kirk is an accomplished editor, photographer, videographer, director, producer and writer. As a senior editor at CNN in Atlanta with the documentary unit he won his first Emmy while also producing and writing numerous news segments. Now based in Los Angeles, Kirk’s many editing credits include numerous documentaries and docu-dramas for NBC, FOX, Discovery, Investigation Discovery, History Channel, MSNBC, CNN, A&E, National Geographic and others, as well as some award winning and popular reality shows including American Idol.
Development Producer

Lauren Horvath is a development writer and producer with more than a decade of experience in the television industry. She began her career producing high-end Military Channel documentaries before joining Investigation Discovery to help cultivate a launch slate for the then-new network. As a development executive, she was responsible for scouting, developing and conceptualizing original programs and specials as well as managing concept and focus group testing for the network.

If you believe you’ve got a compelling story to tell, drop us a line. We’re always open to great stories and compelling characters. If you think you’ve got the story telling chops to work with us as a researcher, development producer, producer, director, camera person or editor, please send along your resume. We’re always looking for great people to collaborate with.